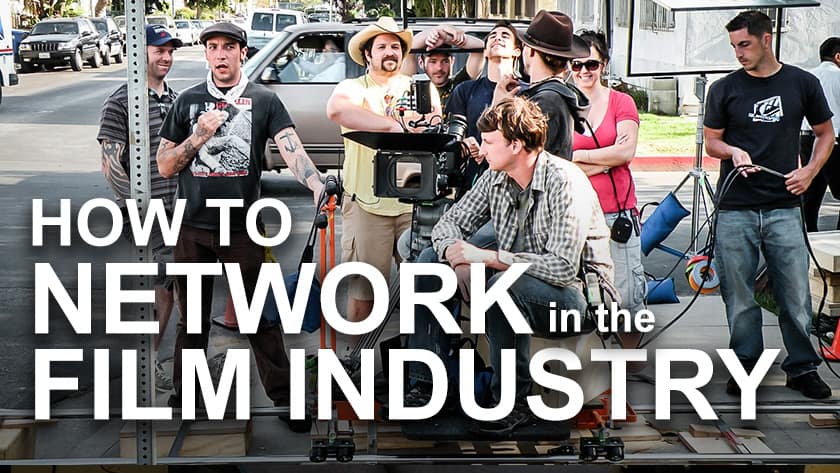 Let’s say you’re looking to hire a professional. Maybe it’s a doctor, or a plumber, or an auto mechanic. While you can certainly go online and search for someone, you’d probably feel much better getting a referral from a friend or family member. Working on a film project is no different. You want to know that the people you’re working next to are creative, have good attitudes, and a solid work ethic, which is why referrals are so important. When you’re new to LA, the best way to meet new people is to network… but networking in Hollywood isn’t what you think.

Networking conjures up images of stuffy events at which hundreds of suit-clad people plaster smiles on their faces while handing out business cards in an effort to drum up more work.  While this may be the case in some industries, the opposite is true in Hollywood. Networking is about making friends, and fostering real relationships. People want to work with those they trust and enjoy, which is why more deals are made in a bar or on the golf course than at a networking event.

I’d argue that the old adage, “It’s who you know,” should really say, “In Hollywood, it’s about who knows you.” That’s the secret of marketing– get them to come to you.

Networking is about people.  Meeting people, giving to others, bringing a talent to the table, and being pleasant to work with.  When you’re in the film industry, nurture your relationships because you never know where they’ll lead. The best way to network is by having something to give. Volunteer your time, offer to do something for someone, and become valuable to the people with whom you’re working. Helping someone today may not have an immediate impact, but the relationship you nurture will pay dividends in the future.

The best way to network is to get yourself out there. Attend film festivals, industry events, trade shows, and vendor events. Look out for rental companies that host open houses. Go to industry screenings and premieres. From there, talk to everyone and learn their story.

LA is an incredibly social city. People throw pool parties and barbecues, house parties and dinners. They go out to the beach and to local bars. This is where the real networking happens. Someone will mention a project over a drink, or you may overhear a friend looking to hire a crew person. This is where recommendations are made and deals happen.