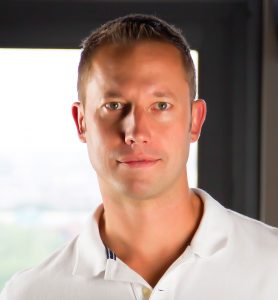 Emmy-winning director and cinematographer, and founder of FilmSkills.

Jason J. Tomaric is an Emmy, Telly, and CINE Award-winning director and cinematographer of internationally-distributed feature films, dozens of national television commercials, music videos, and the largest film training content library in the world, published author of 8 books – used in many top universities, and creator of AccuSkills.com, an industry-changing learning management platform. Jason has worked in Los Angeles and around the world in over 20 countries. His clients include Disney, NBC/Universal, National Geographic, McDonald’s, Toyota, Scion, Microsoft, and Paul Mitchell, with narrative work screened at Sundance, Slamdance, and South by Southwest film festivals as well as on Netflix and on all broadcast networks.Jason has taught and/or guest lectured at some of the nation’s most prestigious film schools including UCLA, Columbia College, John Carroll University, Kent State University, San Francisco State, University of Notre Dame, and numerous film festivals.Jason has written eight industry-defining books, all sold in bookstores, and used in film schools around the world. The American Society of Cinematographers hails Jason’s books – “There are no wasted words in Tomaric’s tome, which concisely summarizes each facet of the director’s craft. It’s difficult to think of a step in the process that Tomaric fails to address.” Jason’s DVD training series on Hollywood film production have trained filmmakers in over 40 countries, with distributors in Europe, Hong Kong, New York and Australia.In 2010, Jason launched FilmSkills, which combines the world’s largest film training video library with his proprietary learning management system. Adopted by 47 universities within the first year, FilmSkills is now the leading industry-standard training solution for motion picture and television production.In 2015, Jason launched AccuSkills.com, an industry-changing learning management platform that bridges the gap between academia and industry.