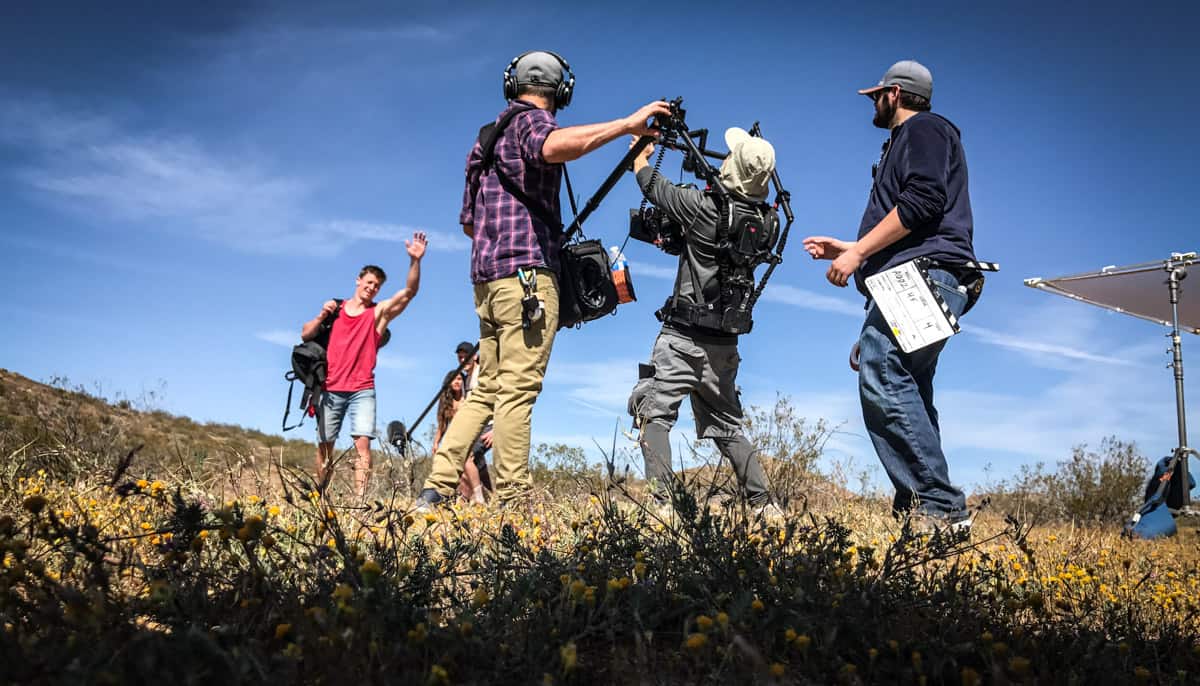 Coyote – the Story of Human Trafficking

Los Angeles-based director, Mark Grabianowski takes us behind the scenes of his new short film, Coyote.  Set deep in the heart of Mexico, Coyote is the story of human traffickers’ search for the disappearance of a young woman.

What inspired this story?

I have always been fascinated with the fact that human trafficking is still practiced globally, even close to home. Mexico is only a few hours away yet people are being trafficked across the border everyday. I wanted to create a story that shows the violence and the hopelessness of these people who are locked into this life.

How did you prepare for the challenges and safety issues of shooting in the desert?

Coyote takes place in the desert of Mexico, so we needed to find as suitable alternative closer, the Mojave desert just outside of Los Angeles proved to be the perfect spot to set the film. Of course shooting in the desert is not as simple as shooting in your best friends backyard (as I did with my last film), planning and prepping for the shoot took months and involved help from many people. The first thing I got was production insurance and medical coverage for the shoot weekend. This covered up to one million dollars worth of damage and some basic medical coverage for the cast and crew. My locations person also knew the area inside and out and knew the safety precautions that were needed. We purchased 1st aid kits as well in the event that the cast or crew injured themselves. Another thing to mention was the area was prone for snakes and although the land owner hadn’t seen one in 7 years, the day before the shoot they saw a huge rattlesnake outside their van. Luckily we had no encounters.

How did you and your DP come up with the cinematic look of the film, and how did you accomplish it?

My DP Roger Viloria and I turned out to be a great team, he was on board from the beginning and had the same vision as I did. I first met with Roger to discuss my vision for the film, I explained to him how I envisioned this story through a wide scope and the tone I wanted to capture. I showed him a look book that I created with various images that I made as well as screenshots from other films and tv shows I used for inspiration. We then went to the location and did a scout shoot. We tried different lenses and setups with the camera and came back with something we both visually agreed with. Next, we worked together a few nights to create storyboards so that we were as best prepared for this quick 2 day shoot as possible, Roger is a great artists so it was a breeze. I felt it was important for me to get my vision across but not to limit Roger in his creativity. So if he had an idea or felt that something could have been shot better I took them into account.

Learn how to define and create the look for your movie.

You had a limited budget – can you give us a few examples of how you stretched your budget, or came up with novel ways to increase the production value of the movie?

Well, one way to increase production value is definitely through the location you choose, the viewer needs to believe they are where the story takes place or else the illusion is gone. Unfortunately in Los Angeles, locations are probably one of the most expansive parts of a production. I was fortunate that my DP, Roger, was good friends with one of the managers of this particular location. So right away my location fee went down from what would have been over $5,000 to $150! Another way I saved money was I had the actors provide their own wardrobe. I discussed with each actor what I was looking for and they brought from home what worked best, in some cases I went out and purchased some clothing or props form the good will (Good will or any thrift store, is a great resource for costumes).

Learn how to scout locations and work with a film commission. 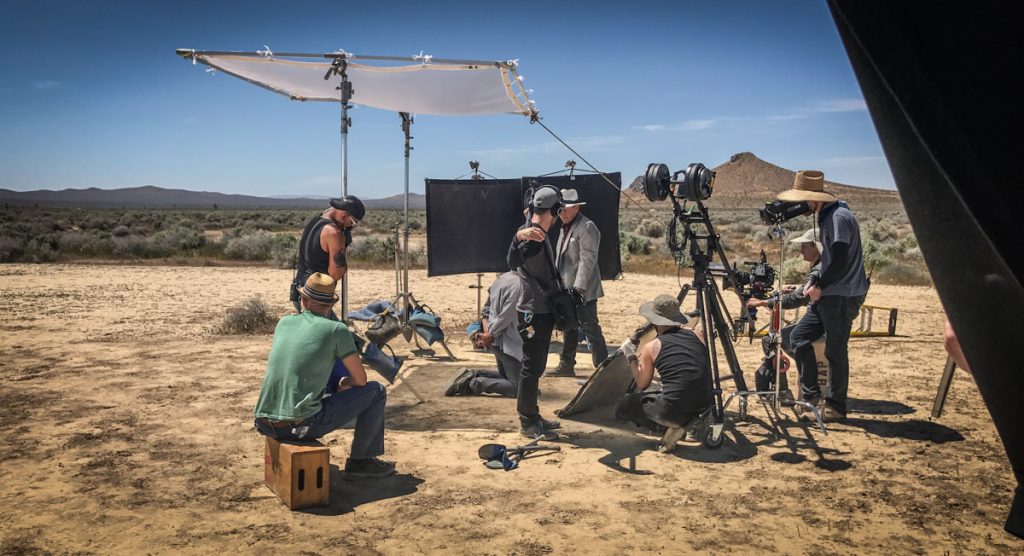 Describe one of your biggest challenges in making this movie and how you resolved it.

One large challenge was how to get the cast and crew up to the Mojave desert to shoot for two days and spend as little money as possible. My co-producer Cole suggested we rent a Winnebago and drive up to the area It not only could transport cast and crew from he hotels to the location (which was about 20 miles in the desert) but it would serve as a home base that had held all the food, water and bathrooms as well as a place for shade and rest. The area had cheap hotels so I was able to put everyone up for a night comfortably then every morning at 6am we would all meet at the Winnebago for a cast crew meeting and then head out to the location. It ended up working out very well. Having the Winnebago also brought its own share of complications. On the second day of shooting, it became extremely windy and the wind almost tipped the Winnebago over as well as ripped the canopy off. While I was filming the crew ran over to take care of the issue. The damage ended up costing me and extra $1000 with insurance.

How have you marketed the movie so far, and what kind of response have you gotten?

One thing I always do when I market my films is by getting a few film reviews from websites and bloggers. I have also just recently submitted to numerous festivals. The next step is to market the film through other venues that deal with the same subjects such as human trafficking websites and Hispanic film festivals. The issue of human trafficking is a global one and I want to be able to share this story and issue around the world.

Learn film marketing techniques and how you can use Hollywood methods to promote your film: